Posted on: May 5th, 2015 by Dafydd
Comments Requested

Unfortunately, I haven’t been able to post on this blog as much as I’d have liked over the past year… I have found myself rather busy setting up my herbal medicine business and trying to kick-start that side of my life.

But we didn’t stop working on Cae Non, and the land didn’t stop growing things!! The herbs I planted 1 – 2 years ago in the raised beds are now all mature, and doing really well. I got a goodly crop of plant material from them last year, which is presently sitting in tincture form on my dispensary stock shelves. There is no reason to think that those plants will not give equally as good a crop (if not better) this year.

So, how am I continuing to grow the herb garden? Well, there are two avenues which need developing now: Firstly, making more raised beds for the smaller herbs and perennials, and secondly, clearing some more ground and creating larger beds or places to plant larger medicinal shrubs and trees.

I have about 10 additional species of smaller medicinal plants and shrubs to go into the new raised beds… when I get round to building them(!!!), and I have got a couple of larger medicinal shrubs waiting for a home. These are more suited to planting straight into the ground, albeit with some compost or manure turned in to give some biomass to the heavy clay soil. But I have also ordered seeds for 9 more larger shrubs that I don’t presently have.

The list of shrub/tree seeds for planting this summer are:

It is worth noting where I bought these seeds: an ebay seller called ‘seedsworld’, a Lithuanian seller/shop who stock many unusual, interesting, and medicinal plants. Go and check out his shop if you are interested in growing these sorts of plants – his seeds are very reasonably priced, and of good quality ( I have bought from him before), and postage is very reasonable – about £2 to Britain for 10 packets of seeds. He is also friendly and approachable and will readily answer questions if you email him. Cannot rate his service or seeds highly enough! 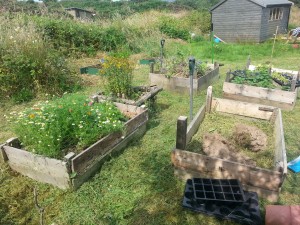 The year is flying round at quite a pace, and it has been quite a while since I posted updates with progress on the herb garden. But we haven’t been idle…

Unfortunately, due to ongoing renovation work at our house, we have rather a lot of reclaimed timber at the moment. It has been absolutely ideal for making raised beds for my herbs, and so far, I have made 4 largish (7 x 3′) beds that are about 18” deep. As it happens, the hard work was not in building them, but filling them with soil; each bed took about 25 sacks of topsoil to fill. As the soil at Cae Non is so heavy with clay, we have bought in a ton of topsoil, and these beds have used most of it.

Planting the first set of herbs for 2013

The soil is enriched with some good quality topsoil/compost we found on site, this has generally been used to top the beds as it is of better quality than the topsoil we bought in! I have also added layers of grass clippings to try to introduce some organic matter into the soil. The one different thing that I have done with these beds that is entirely new to me is the addition of bio-char. Bio-char is the introduction of small charcoal pieces into soil – it serves two purposes: firstly it locks up carbon in the soil in a very stable form that is stable for thousands of years, thus sequestering carbon. But it is the second remarkable property of bio-char that we are interested in in these beds: It greatly enriches the soil. It improves drainage as it is porous, acting as a growth media for beneficial bacteria that will put life back into the soil. It will also directly fertilise the soil too as it is rich in potash and some other minerals. This idea originates with the South American tribes who use this process to make what is known as ‘Terra Preta’ – the foundation of their crop cultivation for millennia. For those interested, more information is available here on Wikipedia.

The first bed to be constructed had the most bio-char in it as I’ve been enriching it for the longest time: It has also grown the best herbs as you can see from the photo below: 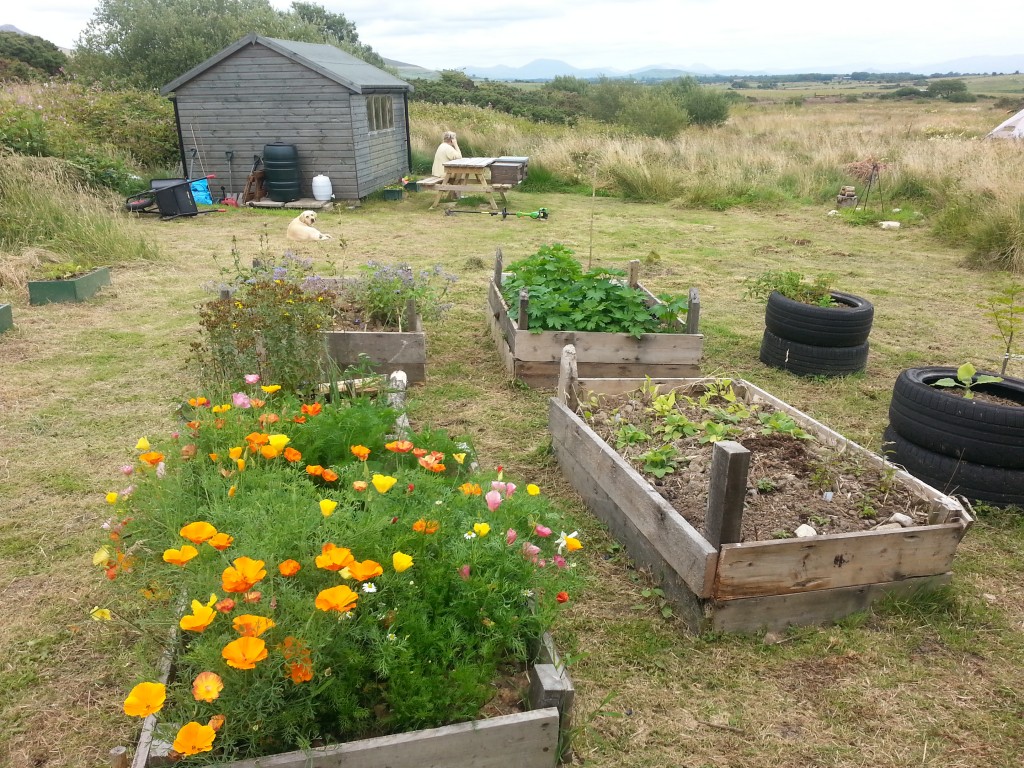 The planting list for the four raised beds so far is:

Many more raised beds are planned, but this is a good start for this summer, and we should soon be reaping the harvest of some of the herbs planted this year!

The spring is sprung…

…If not yet literally, then certainly in terms of activity!

This week a few things really seem to have fallen into place! The two most exciting thing from my point of view is that we have just taken delivery of a ton of top soil ready for the herb garden. It is bagged up waiting for me to use it where I need (mainly in raised beds). This is great news as it dramatically increases the list of herbs and medicinal plants I can grow at Cae Non.

Next, and equally exciting for me is that I have just sent in the first seed order of the year! So far the list looks like:

If I could get these herbs prospering at Cae Non by the end of this year, I’d be very happy! I also have a load of other herbs in pots waiting to be planted out, and some bigger, shrubbier herbs waiting to go in too!

Hopefully, next winter will see me able to give you all an update on what took and what didn’t grow so well!

I’m aiming to get my first proper raised bed up and ready soon (next few weeks) but the others might have to wait until the summer… more on that in a separate post (I can promise it will be interesting as it involves other people giving me a hand – lips are pursed but will reveal all soon!).

Enjoy the spring guys, and whatever you do, take some time to get soil on your hands!